My 16gb Kingston USB flash drive has been consistently giving problems. Under Windows XP it kept saying 'This storage media is write protected' after copying over approximately 7 gigabytes worth of files. At first I thought this meant that one of the NAND chips are not functioning properly(since it's only taking half the full capacity), since the USB has two on either side.

I used to use the USB quite frequently as a bootable USB drive for video editing, meaning that it got several gigabytes worth of data written to it on a daily basis.

However, now I am on Windows 8, using it as a backup disk. It is repeatedly throwing "0x8000FFFF Catastrophic Failure" messages at Windows when I try to create a file after writing 128mb of data on it. Plugging the usb drive back in will allow another 128mb of data before it locks up again. 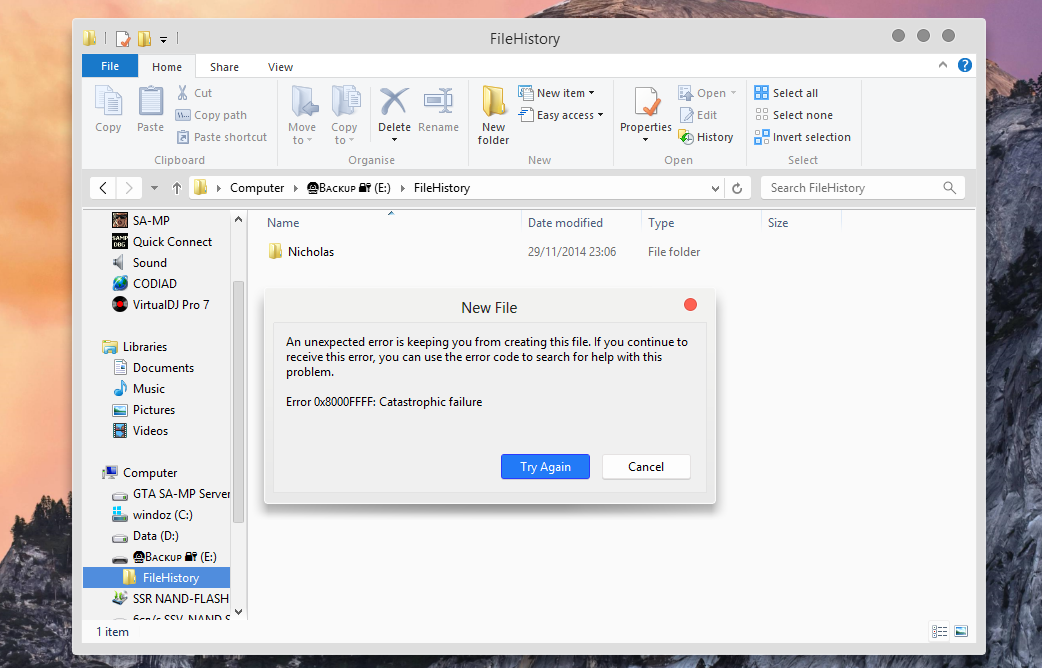 Trying to scan drive for errors: 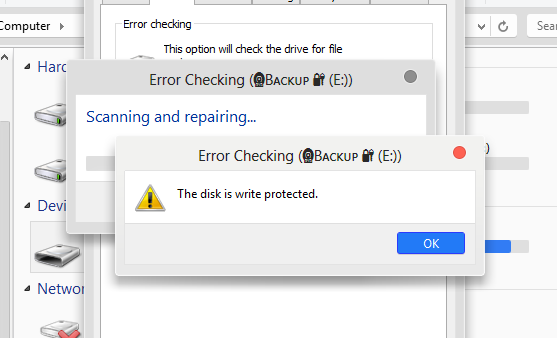 Trying again to scan drive for errors, after unsafe removal: 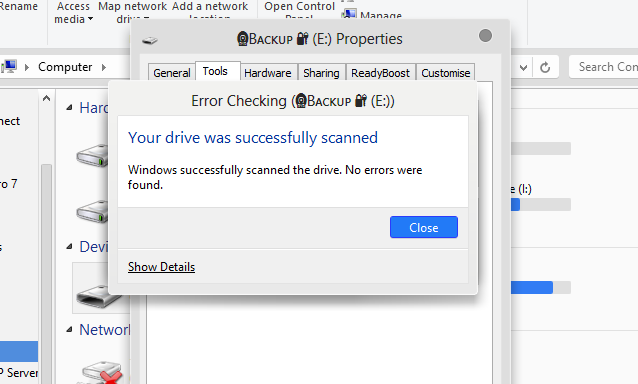 Is there any way to fix this problem?