BITS service is not starting, Windows Update always stuck at 0% 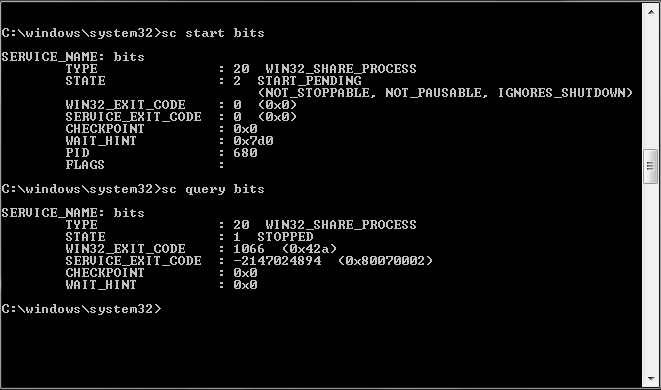 After too many hours and too many reboots trying to solve this problem, I managed to figure out what it is. I haven't found this solution anywhere else, so I'm sharing here in the hopes that people who have this problem in the future don't need to spend as long as I did fixing it :)

I used Systinternals Process Monitor and filtered on my instance of svchost -k netsvcs. When I attempted to start BITS it gave me 2 registry entries that resulted in NAME NOT FOUND

The first one turned out to be useless, but adding a key for the second one fixed the problem! It turns out that BITS was crashing because that key was missing and it needed to write values there.
I can now see BITS entries under that key:

Update: Windows Update still wasn't working even after I got BITS up. Turns out I needed another registry key which was missing, HKCU\Software\Microsoft\Windows\CurrentVersion\Policies\WindowsUpdate