Ok so I want to get a virtual machine with Windows so I can download applications only on Windows (Not on OSX (I'm on Big Sur 11.2.3 by the way)), so I downloaded VirtualBox, then downloaded the Windows thing which apparently I have to (as seen in one of the pics) (you can tell I have hardly any experience with vms), then I created a new vm in the VirtualBox app, and left all the default settings except for the type of hard drive (which is also in one of the pictures), then I clicked Start and it asked me to add a 'virtual optical disk file', so I clicked on the folder button then clicked add in the top left, and it gave me this error code:

as you can also see in one of the pictures below. Also, when I leave the screen for a couple of minutes right before I click on the previously mentioned add button, this appears: 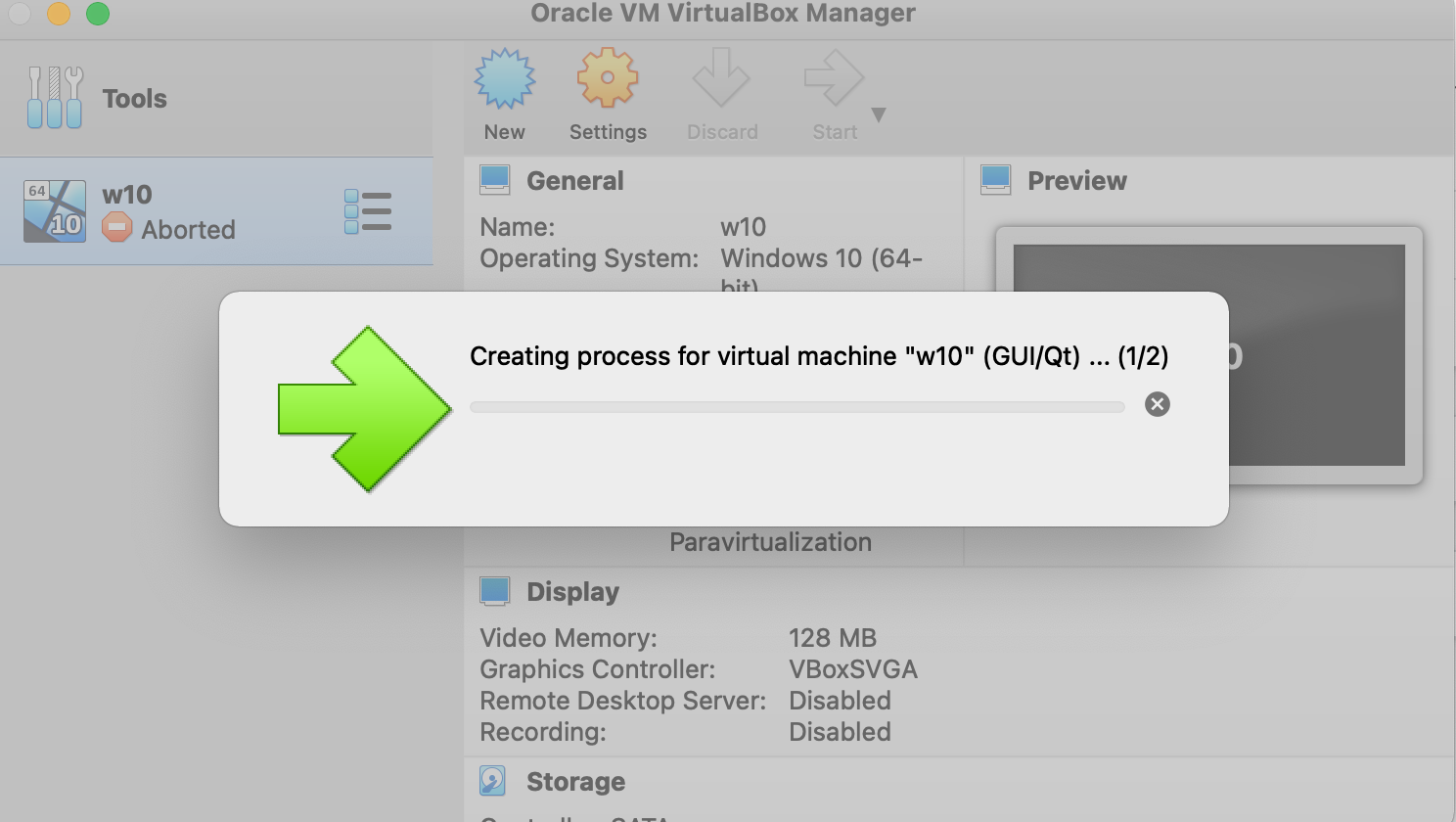 but I tried just leaving it to load, and nothing happened. I have tried uninstalling using the uninstall tool twice, rebooting my Mac, etc etc, and yes I have allowed everything I need to in the Security settings. I'm not installing it on a moderator account, but the Windows 10 virtual optical disk file is in Documents which the account I'm on has read and write access to, and obviously the actual VM is in applications.

Thanks so much! Here's the previously mentioned image of the one changed setting:

virtual-machine
virtualbox
asked on Stack Overflow May 3, 2021 by