My Audio Service refuses to function properly. I have tried so many different solutions I can't even recall all of them.

Here's how it started; I got home from work one day to see my computer has no video signal but is turned on and receiving input from my mouse/keyboard. I force restart my computer and, after it boots up, I see that the Windows Audio Service is stopped.

I first try to use the task manager to start the service (Audiosrv) and it would blink at Starting then immediately go back to Stopped. From here I went to the Services window and tried starting it from there (Windows Audio) and, after trying to start, says Access Denied (Error 0x80070005).

So after searching a solution I went into regedit and was told to add System as a permission group for AudioSrv and the AudioEndpointBreaker service. Turns out they were already there with FULL CONTROL for both.

I try to change the logon to use Local System Account (WITH INTERACT DESKTOP CHECKED!) and voila, my audio service is running! But my bad luck continues.

None of my speakers/headphones are creating sound even though the service turned on and I can see all my devices. As an attempt I tried to do test sound, and this error appears. 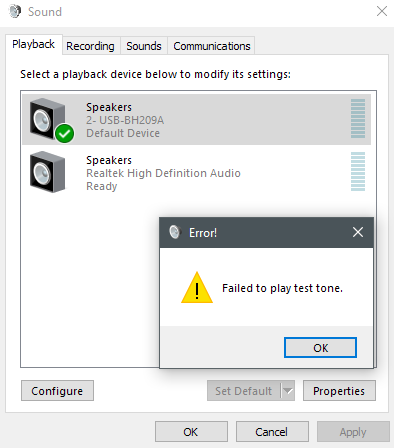 Keep in mind I've restarted after every one of these fixes, both the service and my computer afterwards. As a final attempt I tried to open the Command Prompt as administrator and entered sfc /scannow . After verifying, this message appears. 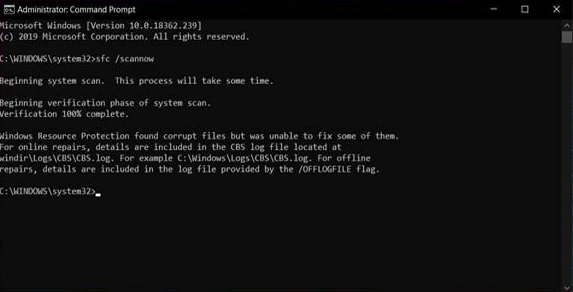 I honestly have no clue what could've happened while I was working, but I'd rather not have to reinstall my windows to lose all my files.

Recap of my attempts to solve

What should and what can I do to get my audio running?

When I drag the volume slider [which usually creates a tone with the volume adjusted], the speakers/headphones meter on the Sound window do NOT light up green (in other words they aren't showing sound receiving on its end)

I resolved this issue after doing a system restore.

Add the Local Service in the Local Users and Groups

Then in services.msc change logon to LOCAL SYSTEM.

If you dont permission to run Windows Audio: