I've seen a complete failure of the ability to print from UWP apps on my PC, which has halted development.

The error that appears is 0x80040154. All printers are affected. No traditional steps to repair have been successful.

I suspect that some permission relating to COM interaction between UWP and a Microsoft print interface has been damaged, but I've not a clue how to diagnose and repair. Has anyone seem anything similar to this and know how to dx and repair? Thanks. 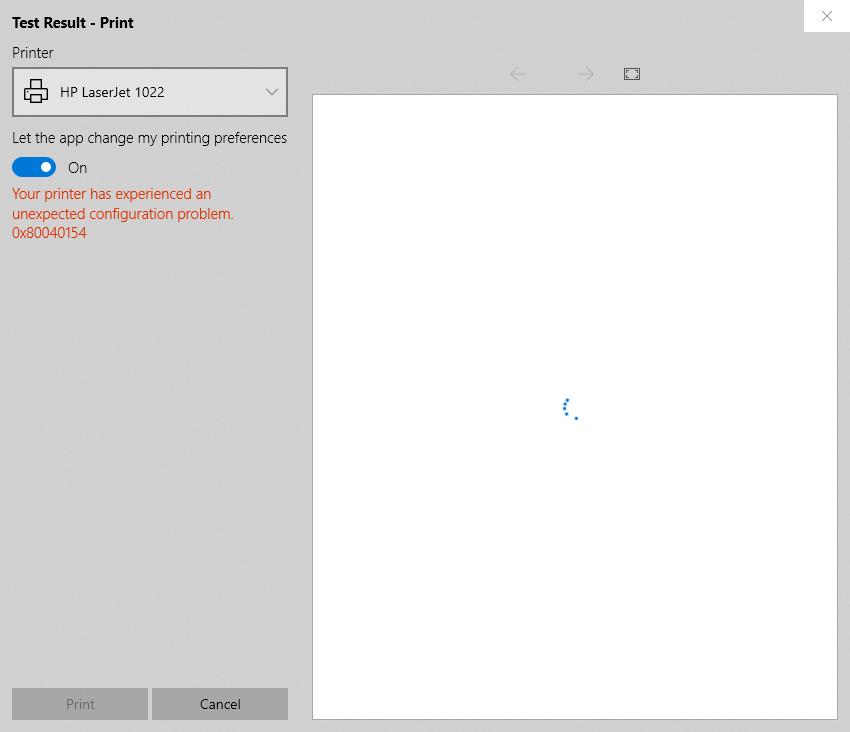