I am unable to deploy any application to the HoloLens, but able to deploy it on hololens-emulator. I'm attempting with the Origami application exported from Unity as in the tutorial.I always get the same error "

DEP6953: Failed to launch remote debugger with the following error:

I'm at a loss for what else to try, or what setting I've missed. I've reset the HoloLens several times and reinstalled Visual Studio only to get the same thing.

I have already tried the solution mentioned on Windows Mixed Reality Developer Forum https://forums.hololens.com/discussion/7361/deployment-error-dep6953 but it didn't work for me.

It could be anything. You need to investigate the Hololens logs. Open "Windows Device Portal"/System/Logging.

Then you need to select some providers with severity by choosing them in box and clicking "Enable". I usually begin from "Microsoft-Windows-WinRT-Error" ETW provider.

DO NOT CLOSE THE LOGGING PAGE!!!!!

Start the debugger with app, see the error and go to Logging page. Try to find out the root of issue.

For whom it may be usefull. I got this error deploying and debugging windows iot on a raspberry pi.

I fixed this by changing the authentication mode to 'none'. then deployment succeeded. 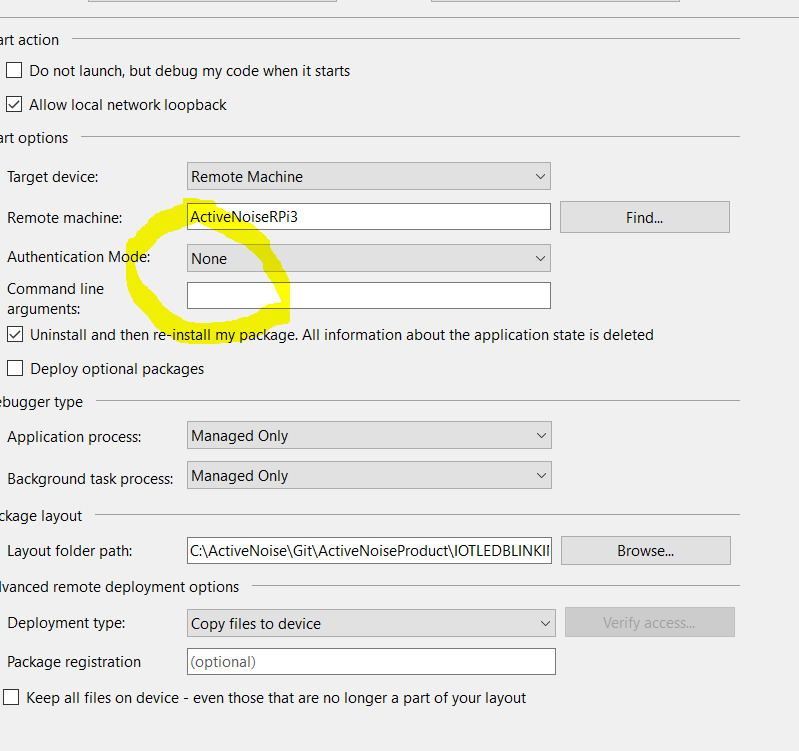