I did notice this in the C++ project's solution explorer on my last run: 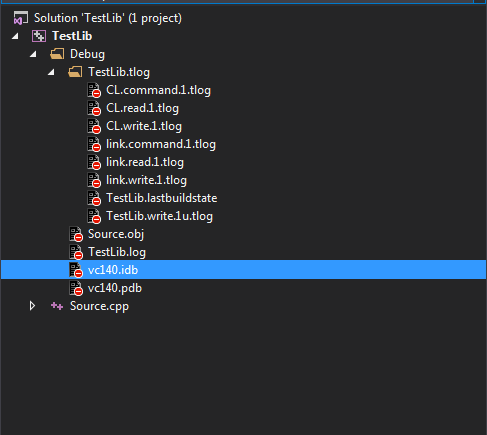 Does anyone know if this is okay? There seems to be a lot of Red stop-signs which to me would suggest something bad...

Following this tutorial, I have ended up with the following:

When debugging in Visual Studio:

When running the built EXE (from he same folder as the Dll):

Have I done anything wrong in the above code? I did do all of this in VS 2015, where the tutorial calls for VS 2010, howeve rI couldn't find a more up-to-date tutorial.

When I try to add the project as a reference by Project -> Add Reference ... I am seeing this error:

Which makes me think that the issue is either with the source code or the DLLs configuration.

I have also tried building both files and putting them in the same folder before running the Executable, but without any improved results (same error as when running the EXE above). 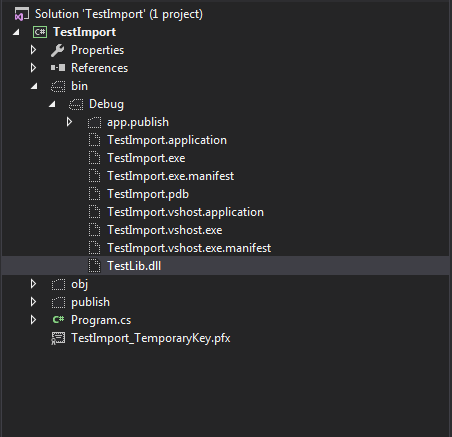 Make sure the name of your C++ project and DllImport parameter are the same. Also, if the dll file is not located in the same directory as your C# project, make sure to add the dll into your Debug/Release folder.

Also! Make sure that you are running in the same 32/64 bit mode when compiling.. if you compiled the dll using 32 bit and try to use it in a 64 bit C# program, it won't work.

OK, now build this application, and then copy the previously built DLL into the Debug/Release directory of the current application. The DLL should be in the same directory as your main application.

Did you do the bolded text? Your C# app won't know where to look for the DLL and it looks in the build folder, by default.

An unhandled exception of type 'System.DllNotFoundException'

It happened to me, because of the imported c++ dll, its own dependency dlls were missing.

After copying them into Debug/Release folder everything worked.