Getting LibCurl to work with Visual Studio 2013

I am having trouble getting LibCurl to work with Visual Studio 2013. I downloaded the current version (curl-7.33.0) and tried following the instructions I found on this site: Using LibCurl with Visual 2010

But I can't find curllib.lib in the folder I downloaded. And I am still getting errors:

After searching the internet for more help. I now get these error messages. There appears to be a problem with linking to libcurl.lib?

This is what I have configured:

I downloaded this release for Win32 MSVC: http://curl.haxx.se/download.html#Win32 After adding the libcurl libraries and successfully compiling, I am now getting this error message:

Here is the sample code I am trying to run:

I believe I have gotten LibCurl to work with Visual Studio 2013 now. Persistence ftw! Although, after spending hours trying to solve these error messages, I am a little hesitant at saying everything is working fine now. That is why I am putting a bounty on this question to get clear and concise instructions on getting LibCurl to work with Visual Studio 2013.

This is what I did to get it to work:

This is the result of my test code from above: 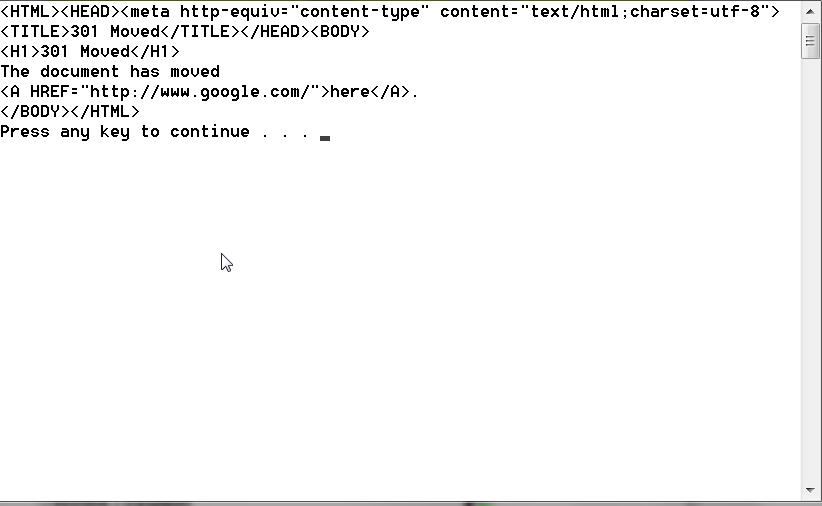 A lot of these instructions are out of date because they recommend the win32-ssl-devel-msvc package for curl, which no longer exists.

The following instructions allow you to build libcurl using only:

B. Link Against libcurl in Visual Studio

C. Call libcurl from Your Project

The following sample shows a call to libcurl:

I would say that in a comment, but I am lacking in points. You don't have to copy any .dll into your program run catalog. Go to Project | Properties | Configuration Properties and in line Envrionment write: PATH=$(ExecutablePath)$(LocalDebuggerEnvironment).

From now on, all .dlls from any catalog you mention in Project|Project Properties|VC++ Directories|Binary should be usable without copying them.

The rest is exactly as you written.

The easiest way to do this that I found is first make sure that nuget is installed.

Then create your project.

Then go to http://www.nuget.org/packages/curl/ and follow the instructions which is to go the package manager console and type PM> Install-Package curl

If you then look for the packages directory in your project directory, you will find the include files and the library files. Note that there is a version for Visual Studio 110, not 120, but because libcurl is a C library you can use it with Visual Studio 2013. Make sure the include directory and lib directory are specified under the Visual C++ directories in project properties.

Make sure you have the following files as addition input to the linker libcurl.lib;libeay32.lib;ssleay32.lib;Ws2_32.lib;libssh2.lib;zlib.lib;wldap32.lib;

Another way to use curl/libcurl is build with CMake v2.8.12+ (assuming that git is already installed on your computer)

Open generated CURL.sln in Visual studio and build it.

CMake options I use in example

-DCMAKE_INSTALL_PREFIX - provides root folder where targets should be installed

After building install target, your will find bin/include/lib folders in C:\curl.vc12

Provide those path to your solution and build your code with curl lib.

So, I'm not sure what your problem is, but:

This is a bit late, but for those who still have problems, this method worked best for me:

There you find the includes and a libcurl_a.lib. This lib works fine for me.
Remember to define -DCURL_STATICLIB when you compile your code with this lib.

For Visual Studio 2017, the steps in link worked for me. In case the link expires or specifically for those who download the libcurl zip file instead of cloning from GitHub, I will note down the steps here.

The problem is that the targets for the default VS2013 platform tools are not set in the NuGet packages. This is why it works in VS2012 but not VS2013. I manually created replacement targets files. Instructions and download:

I've spent the last few weeks polishing my own personal project files, that were based off the original VC6 files, and adding them to the repository.

I found an easy way to get it work in VC++ using the latest package. I basically followed the steps in Using libcurl in Visual Studio. The libcurl and VC++ are very old in the instruction.

Go to projects-> Windows\VC10 (or your version of VC)\lib\libcurl.sln, open the project in VC++.

Build the project in DLL Release. DLL debug doesn't work on my VC++.

Go to build\Win32\VC10\DLL Release, you can find the lib and dll files generated from previous step.

Create a folder new, with include and lib folders. Copy the libcurb.dll and libcurb.lib whatever is in the DLL Release folder to the new\lib. Copy everything in curl-7.50.1\include to new\include folder.

It seems that I have to put the dll file under the same folder with executable file.