I have a simple webAPI build by Visual Studio 2013. It works well when I run it from VS13 but when I copy the project in local IIS it gives me the following error.

HTTP Error 500.19 - Internal Server Error The requested page cannot be accessed because the related configuration data for the page is invalid.

Handler Not yet determined

Config Error This configuration section cannot be used at this path. This happens when the section is locked at a parent level. Locking is either by default (overrideModeDefault="Deny"), or set explicitly by a location tag with overrideMode="Deny" or the legacy allowOverride="false".

Got precisely the same error and came to this question. As @SpaceBison mentioned in comments, this answer describes the solution - https://stackoverflow.com/a/12867753/404099. I spotted it too late and it misses some steps. This is what worked for me:

I got this error while trying to host a WCF service in an empty ASP.NET application. The whole solution was using .NET 4.5 platform, on IIS 8.5 running on Windows 8.1. The gotcha was to

I also was getting the same problem but after brain storming with IIS and google for many hours. I found out the solution. This error is because some settings are disabled in IIS applicationHost.config.

Below are the steps to solution:

It worked for me.

If you're running IIS on that computer for the first time, you should try running the ASP.NET IIS registration tool (aspnet_regiis.exe).

Here's how to do that: If you're using .net framework v4, open command prompt as an administrator, and change directory to your .net framework base folder using:

If you're using a different .NET framework version, simply replace v4.0.30319 with the appropriate folder name.

I solved this by doing the following: 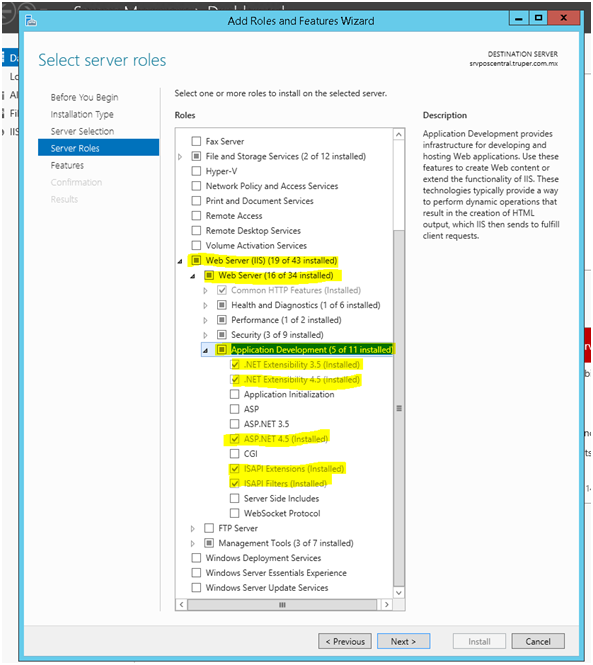 If it is windows 10 then open the powershell as admin and run the following command:

As the error idnicates - "This happens when the section is locked at a parent level". To unlock the section you can use appcmd.exe and execute the following command:

For more information on about section locking and what a parent configuration context is refer to IIS documentation.

In our case, we struggled with this error for quite some days. It turns out that in control panel, programs, turn windows features on or off.

In my case, there were rules for IIS URL Rewrite module but I didn't have that module installed. You should check your web.config if there are any modules included but not installed. 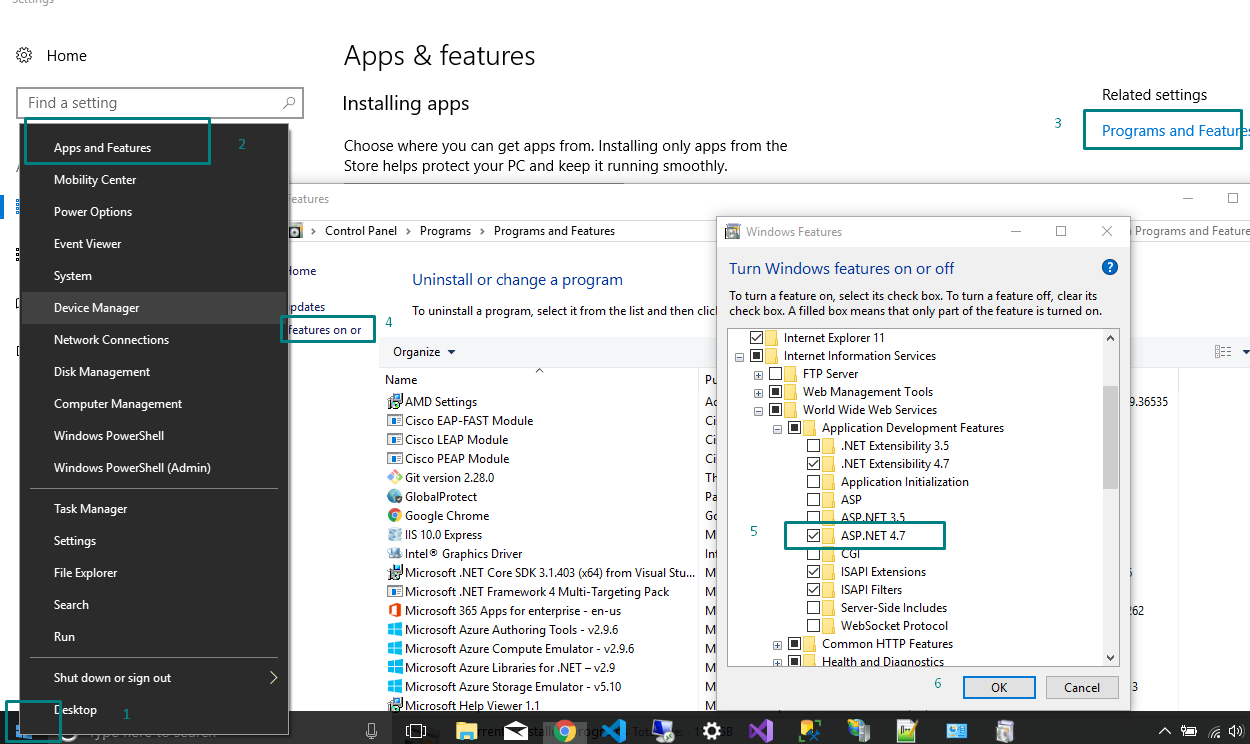 Please <staticContent /> line and erased it from the web.config.

Well, we're using Amazon Web Services and so we are looking to use scripts and programs to get through this problem. So I have been on the hunt for a command line tool. So first I tried the trick of running

This option is not supported on this version of the operating system. Administrators should instead install/uninstall ASP.NET 4.5 with IIS8 using the "Turn Windows Features On/Off" dialog, the Server Manager management tool, or the dism.exe command line tool. For more details please see http://go.microsoft.com/fwlink/?LinkID=216771.

and I Googled and found the official Microsoft Support Page KB2736284. So there is a command line tool dism.exe. So I tried the following

but it complained and gave a list of featurenames to try, so I tried them one by one and I tested my WebAPI webpage after each and it worked after the bottom one in the list.

And so now I can browse to my WebAPI site and see the API information. That should help a few people. [However, I am not out of the woods totally myself yet and I cannot reach the website from outside the box. Still working on it.]

Also, I did some earlier steps following other people responses. I can confirm that the following Feature Delegation needs to be change (though I'd like to find a command line tool for these).

Some time we copied the config from legacy server and straight away deploy to brand new server, then we may encounter such kind of 500 issue.

manually change value from "Deny" to "Allow" for below settings in

The solution that worked for me was to delete my current Web.config and add a new one. That solved the problem for me